Dhanteras is celebrated on the thirteenth day (teras) of the Krishna paksha (the waning cycle) of the lunar month of Ashwin in the Hindu calendar. It heralds the beginning of the five days of Diwali, the biggest festival for Hindus in India and all over the world. Dhanteras falls on October 26th, 2008.

Dhanteras also honors the hindu patron of medicine – Dhanavantri. It is hence also referred to as Dhana-triyadoshi (thirteenth night). The legend of Dhanavantri is that he arose from the ocean during samudra-manthan (the churning of the oceans) by the Gods carrying a metal container with all the herbs and medicines needed to cure humanity of all diseases. One variation of the legend says that Dhanavantri brought ambrosia or the elixir of eternal youth for the Gods from the ocean. The emergence of Dhanavantri was preceded by the appearance of Goddess Lakshmi seated on a lotus from the ocean of milk. 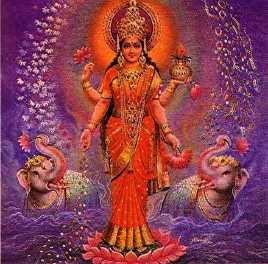 Karva Chauth – A Celebration for Women Benefits of Fasting