Dhanteras is the first day of the five-day festival of Diwali, the biggest festival for Hindus in India and all over the world.
It is celebrated on the thirteenth day of the Krishna paksha (the waning cycle) of the lunar month of Ashwin in the Hindu calendar. The word Dhanteras is a combination of two words – Dhan, meaning wealth, and teras, meaning ‘thirteen’.

Dhanteras and the legend of Dhanavantri

Dhanteras (धनतेरस) honors the hindu patron of medicine – Dhanavantri. It is hence also referred to as Dhana-triyadoshi (thirteenth night). The legend of Dhanavantri is that he arose from the ocean during the churning of the oceans (samudra-manthan समुद्र मन्थन) by the Gods carrying a metal container or vessel. The vessel was supposed to have contained all the secrets of Ayurveda, and all the herbs and medicines needed to cure humanity of all diseases.One variation of the legend says that Dhanavantri brought ambrosia or the elixir of eternal youth for the Gods from the ocean. The emergence of Dhanavantri was preceded by the appearance of Goddess Lakshmi seated on a lotus from the ocean of milk. 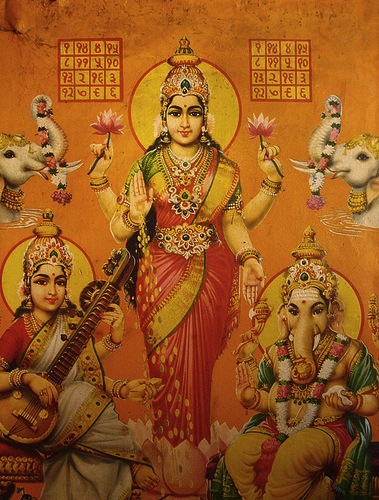 Goddess Lakshmi, Saraswati and Ganesha
Photo by meanestindian / CC BY 2.0

Dhanteras and the trading community 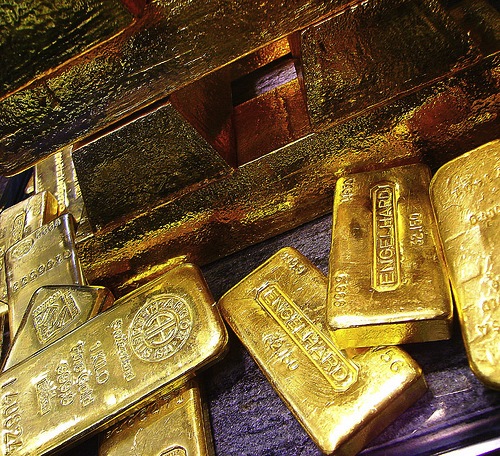 One Response to Dhanteras – First Day of Diwali